Iku's overall design bears a similar resemblance to that of Vocaloid DIVA Hatsune, Miku with matching long, flaring twin tails, arm sleeves and boots. She wears a half jacket with a diamond stitched on the upper right of her chest and a black skirt with red triangles at the edges. Her belt matches that of Hatsune, Miku's V2 belt but with a red diamond as the buckle. Iku also wears a matching garter belt with black frilled, laced panties. On her left shoulder, she bears her series number "N0" with her name underneath in romaji.

Iku has been known to often get her friends into lewd situations, much to their dismay. While she means no harm in it she simply likes to poke fun at her friends; one such friend being Hatsune, Miku. While initially they didn't get along too well when they first met, after multiple moments of spending time and getting to know each other they grew to enjoy their company together and became the friends they are today. Iku occasionally ends up in lewd situations with men or women around her age due to her kinky and perverted nature. She's even been said to have a collection of the undergarments of those she's slept with which she considers a personal "trophy". Even though Iku has a reckless side to her, she truly cares for her friends wellbeing and would not wish to get them involved in anything that made them too uncomfortable or see them end up hurt. 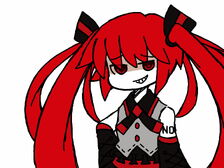 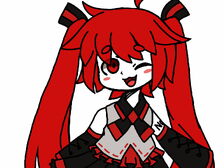 Concept art of Iku that closely resembles her current design 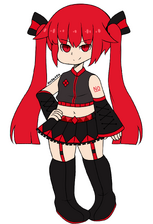 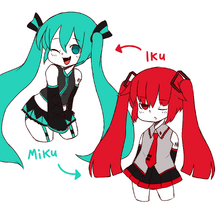 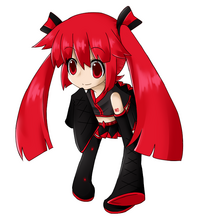 World is Mine (Aieki Iku) 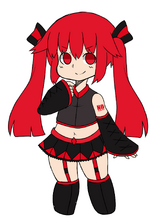 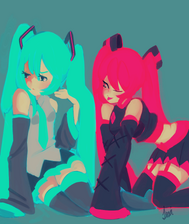 Commissioned drawing of Iku with Miku drawn by ToxikCard 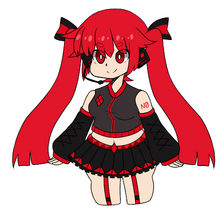 Add a photo to this gallery
Retrieved from "https://fanloid.fandom.com/wiki/Aieki,_Iku?oldid=48050"
Community content is available under CC-BY-SA unless otherwise noted.